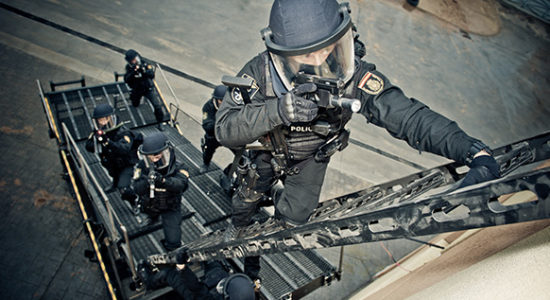 The Grupo Especial de Operaciones (Special Operations Group) is the police tactical unit of the Spanish Cuerpo Nacional de Policía (National Police Corps). The GEO is responsible for countering/responding to terrorism and VIP protection duties and but it can also be used in a support role for police operations outside the realm of terrorism. The GEO is part of the national police tactical units of European Union countries network known as “ATLAS”.